Allow me to put you to sleep with the following post about a Kobo Aura HD sleepcover that I recently ordered from Amazon. There is an exciting part to this post, and that’s the part where I actually bought the Kobo Aura HD.

I’m lying. That part wasn’t exciting at all. It was about as exciting as waiting in line at Indigo in a warm coat.

So anyway, a sleepcover was needed so I ordered one from Amazon for 13 bucks. Pretty good deal, and when it finally showed up after 6 weeks of hard traveling from Asia, I was pretty stoked to test drive this baby. Note that the contents of of the package refer to it as “Gadget”. 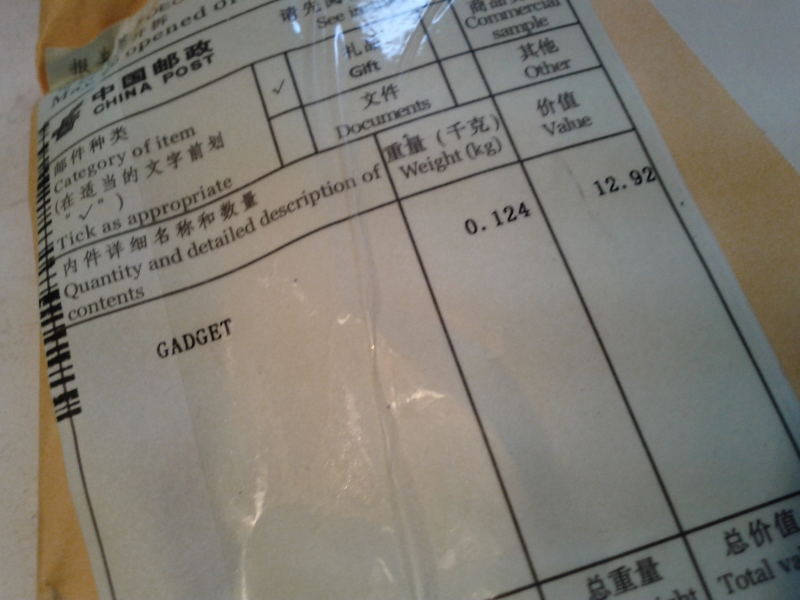 The Kobo Aura HD sleepcover actually does everything it said it would, as it should. The Kobo Aura HD fits snugly inside, and once it’s in there, you can’t even get it out afterwards. But why would you want to? Here is where it will live forever until it stops working one day in the distant future. Indeed, a photo is now required along with a broken garlic press for scale. I guess the Kobo Aura HD itself could have been used for scale, but in reality, I just wanted to talk about how my favorite garlic press in the whole world broke unexpectedly instead of doing the job it was put on this earth to do: press a clove of garlic! It really came as a shock and now I will need to buy a new garlic press. 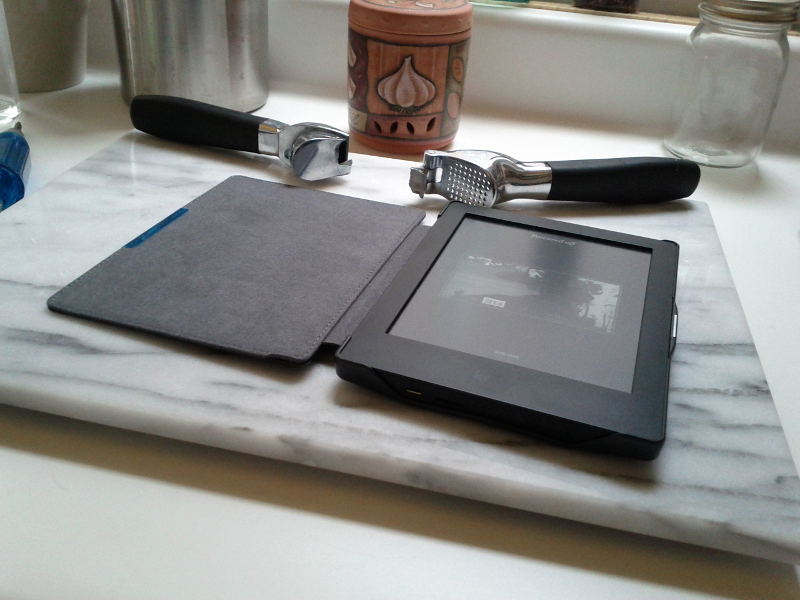 Here’s another shot of the sleepcover. This time it’s closed, which is another flawless  feature that it has. Not only does it close in the same manner that a book might, it also puts the Kobo Aura to sleep, which is the whole point. 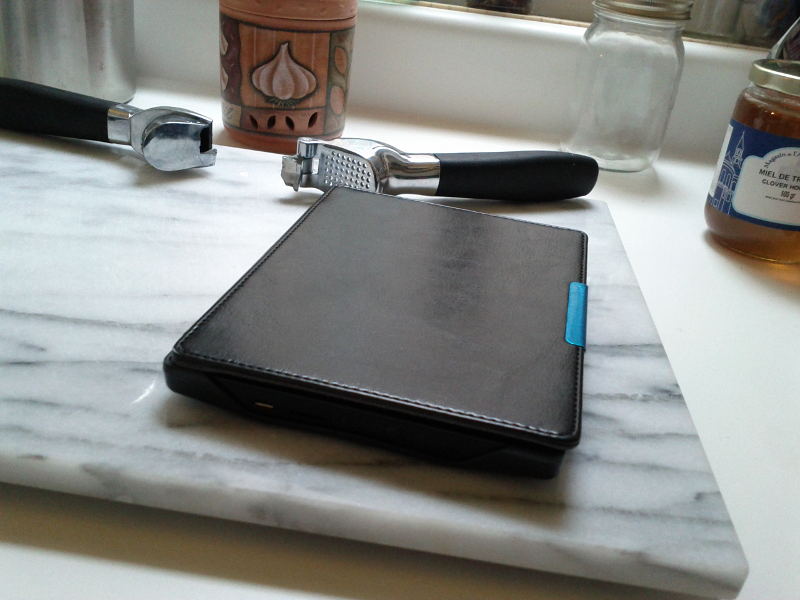 Edit: Well, at last check, this sleepcover has almost doubled in price and is now selling for 22$. That economy!

3 thoughts on “Super Boring Post About My Kobo Aura Sleepcover”