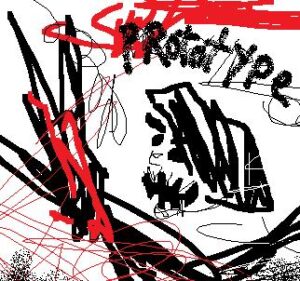 “Where the fuck is Dan?!” is what every one of you has been asking for the past weeks. Well, Dan’s been playing video games! And totally slacking on that Solaris 10 howto. It won’t be ready this week, I can tell you that! What is ready this week though is a quick overview of my latest video gaming discoveries.

Let’s start with the iPhone stuff.

iPhone OS 3.0: It’s not gaming. It’s not very exciting either. Without reading the release notes, the 3 things I noticed were the addition of “Voice Memos”, an application that lets you record… voice memos. There’s also copying and pasting now, but I never seem to need it. Finally, there’s a cool “Search iPhone” thingy based on Spotlight. That one’s very handy. On the performance front, I noticed some games running more smoothly while others crash more, probably because they didn’t get their 3.0 compatibility update. In conclusion, the iPhone is still freaking awesome, but not MORE awesome.

Fart Piano: I just had to write about that one. It’s a piano. It makes fart noises.

The Moron Test: I really enjoy a good game of Moron Test while commuting to and from work. It’s a bunch of little tests to see if you’re paying attention.

Zenonia: Little RPG with kinda real time combat. Let’s start with the bad: Very cheesy and the graphics are blurry like when you don’t set your display settings to the native resolution of your LCD panel. Other than that, I play the “dude with light armor and 2 daggers” class (“assassin” or something) and the fighting is lots of fun so far. I’m level 18 or so and the story still feels like I’m just at the beginning. Good stuff.

Magnificent Gizmos and Gadgets: Remember “The Incredible Machine”? It’s kinda like that, but light. The game is split between Easy, Medium and Hard puzzles to solve with a bunch of machine parts with which you build gizmos to carry a ball from point A to point B. The physics play an important role and the game let’s you get quite creative. I can spend hours building testing crazy machines that don’t work.

And now, my favorite iPhone game of the summer…

I Dig It: You’re a dude. You drive a caterpillar with a huge fucking drill in the front (and it’s equipped with a jetpack to get back to the surface!). You dig holes in the ground to collect ores and bottle caps and all kinds of crazy shit which you then sell in order to upgrade, refuel and repair your vehicle. The upgrades allow you go dig deeper in the ground and last longer, resist more damage, etc. The graphics and sound are great, the gameplay is very simple yet totally addictive, you collect stuff and you can unlock achievements. I dig love it.

Final Fantasy IV: I got nothing more to say. Been playing it for weeks, will probably still be playing it come Christmas. The move to Nintendo 64-quality 3D graphics is a success, the game itself is every bit as awesome as it was before.

Xbox 360. YEAH! I GOT AN XBOX 360!!1 WOOHOO!!! As much as I love my PS3, let me just say, the Xbox people totally nailed the integration with Live, the achievements and the friends list, with the possibility to invite someone to play a game from the root menu, etc. In comparison, the PS3 equivalents still feel awkward and lackluster.

That said, here’s some of the games I been playing…

Fable 2: I can see why some people would find that game a bit too easy and oversimplistic, but what can I say, it totally worked for me. It delivered what I would’ve wanted from Oblivion. An open world in which you can fuck around as much as you want, an exciting fighting system with very spectacular magic effects and satisfying shooting. The auto aiming and no dying just cuts to the fun part in my opinion. I also liked the writing. Very entertaining and the (many) jokes really made me laugh, which doesn’t happen often. I completed the main story in 2 sittings (but the second one, I spent like 13 hours in front of the damn thing), it’s a bit weak near the end but what the hell, I still had TONS of fun. And I’m not done, all the little side quests are a joy to do. I also bought both downloadable “expansions”, Knothole Pack and See the Future, for about 6 bucks each. Konthole adds a new map (Knothole island) which contains a bunch of new quests, new items and offers 3 new achievements worth 100 points. See the Future is a story around cursed items that you can buy from a merchant. It provides new quests, items a new area and the ability to change the breed of your dog! Oh and you also get 13 new achievements worth 250 points. I believe Knothole is usually 8 dollars but I got it on sale. Anyway, if you like open world games but Oblivion and Fallout 3 make you nauseous, this one is really worth looking at.

REZ HD: If you ever played the pen&paper RPG Shadowrun, this is Shadowrun’s matrix. With 3D graphics like we thought the future would look like back in 1991. It’s a shooter with kinda a rhythm game in it. If you play for too long you get transported to a different plane of reality, or maybe you just travel back in time to 1991. I dunno but I’m enjoying it immensely.

Geometry Wars Retro Evolved 2: Do I even need to say anything about this one?

Excite Bots – Trick Racing: Little animal themed transformer type robots that have wheels. It’s like a racing car game, but with mini games in it (bowling pins, a soccer ball that you gotta kick in the net, a clown you gotta throw a pie at, much much more). The goal is to collect stars to get the highest possible rating which unlocks new levels and robots which you can then buy with said stars. The controls are entirely motion based but this time they were done right. It’s what I thought Mario Kart Wii would feel like. Every time I sit down and start playing it, I can’t stop. It’s one of the few must have games on the Wii, period.

ZEN Pinball: Go figure, the only game I been playing on my PS3 lately is a fucking pinball. It’s got a bunch of different pinball machines, it’s beautiful and fast paced. It’s pinball.

I tried Prototype and, even though the fighting and the moving around are exhilarating, I just couldn’t. Those graphics are just so shitty. It’s like City of Heroes but without the excuse of being a 5 year old MMORPG. I’ll give it another shot later when I’m in a better mood.

Well folks, I hope there was at least one game in there that caught your attention. Notice I didn’t mention any game prices this time around. It’s a new concept, I call it “fuck everything-ness”.