Remember that Primal Diet Challenge Thing that I “signed up” for? Well it’s been about 6 weeks of all kinds of attempts to really stick to Paleo and eat “primally” and exercise and I have this to say: I sucked at it, although it’s not as bad as it sounds. I did make a few changes though even if I had more non-primal/paleo meals than primal.  Mainly:

Aside from that, I eat out a lot and try to make decent choices even though I’m probably getting way too much salt. However, I don’t cook with salt, so it all balances out, right?

Anyway, that’s all I really have to say about it because I’ve got this thing to go to. But I’ll leave you with this:

The Weigh In after 6 weeks of Paleo

So…I don’t know. I guess this brief paleo experiment as a success after all? You decide. In the meantime, here’s an unappetizing photo of a tuna salad I made which includes radishes, tomatoes and cottage cheese. I guess the pink hue is coming from the tuna and radishes, but I’m not sure and I’m not about to play with the contrast. 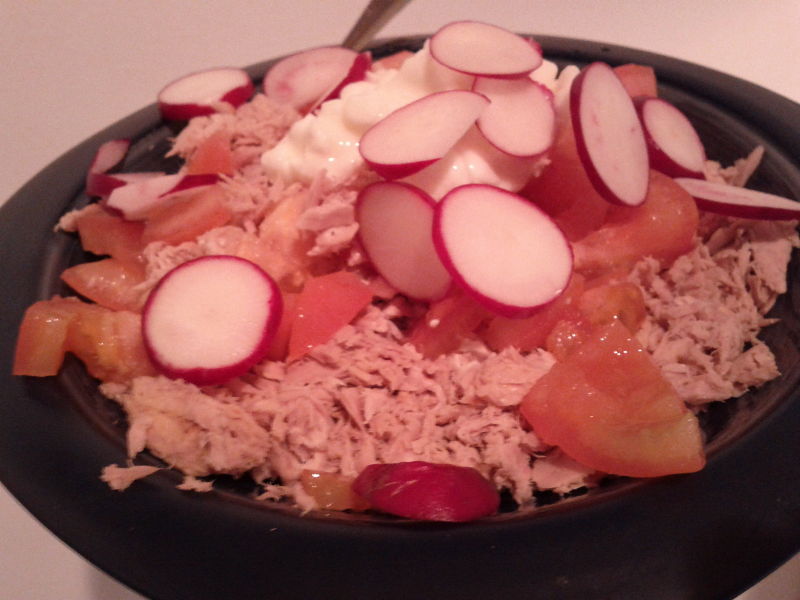