Just when you thought things couldn’t get crazier in my kitchen… THEY DID! I just invented the “pout-caroni and cheese-tine”. It all started because I felt like having a homemade poutine but I didn’t have the right kind of cheese and was too lazy to go get some at the store. “Well” I thought “I still have Kraft singles… wait a minute… I ALSO HAVE PASTA!!!” The rest is history.

So, let’s start with the first half of this recipe, my homemade mac and cheese:

Pick any type of pasta. Short ones are better.

When they’re ready, add 3 Kraft Singles, some butter and some milk. Stir until it looks like mac and cheese. 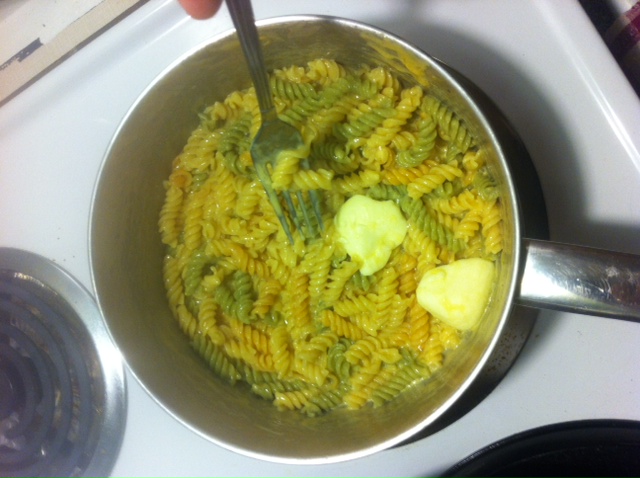 Now on to the second half of this culinary wonder:

Put frozen fries in the oven. When they’re ready, add them to the mac and cheese. Then pour hot poutine sauce over the whole thing. Mix until it looks like diarhea. 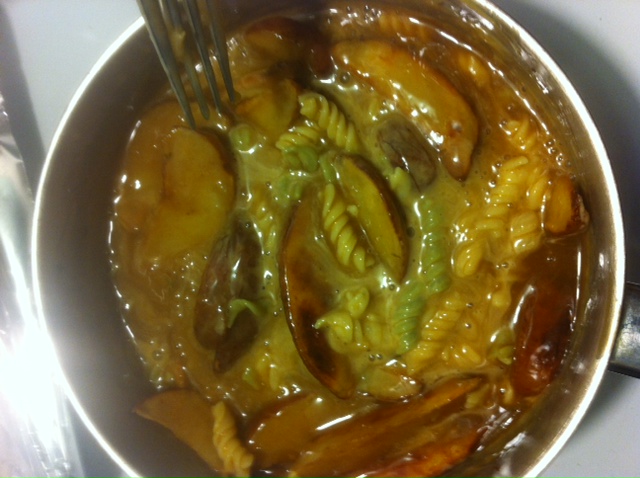 Then put the mix in a rectangular thing that goes in the oven (like for meatloaf). Add some pepper and put it back in the oven for 20 minutes at around 425 C. Let it cool a bit afterwards.

That’s it! You’re done! Doesn’t it look like totally legit food? I’m afraid it does! 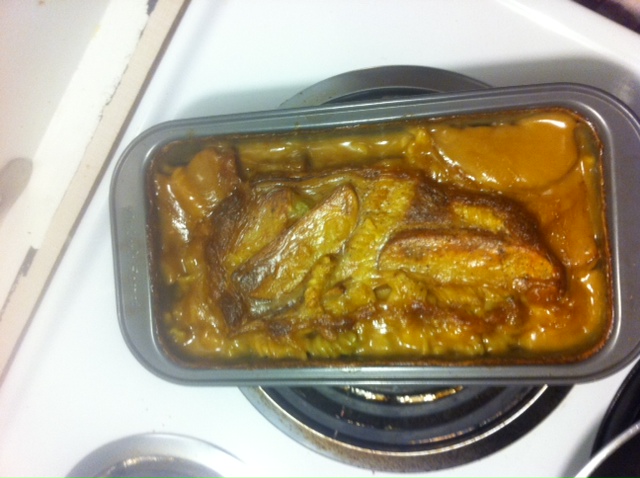 Bye guys. Oh and if I don’t come back till next year, happy holidays!

I’ve been receiving hundreds of thousands of BILLIONS OF DOZENS OF MILLIONS of emails asking me “But Dan, what does it taste like?” I invite you all to check out the comments section for a detailed answer.