I’m 2 weeks late to report on the fact that Red faction: Guerrilla has a very VERY pleasing surprise (easter egg?) for you, the player, to unlock. I’ll give you one guess what it is.

Did you guess Ostrich? Cause I didn’t. I guessed a bag of chips. Anyway, if you guessed an Ostrich Hammer, you’d be right. Check out the screen shot: 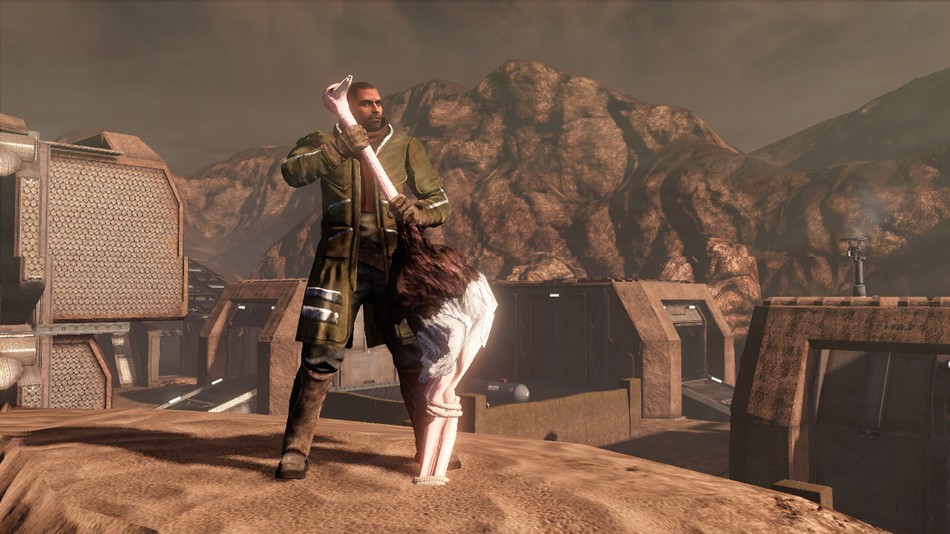 Although the game was released on April 9 (for PC, Xbox 360, and PS3), there was whispering on the 1st that it was just a sneaky little April Fool’s gag. Turns out that those guys at THQ know what their fans really want: a major weapon that looks like an ostrich. And it’s more than that. It IS an ostrich. An ostrich that can break stuff.

We haven’t reviewed it yet, but we will soon enough. If it has to do with gaming and/or ostriches, we here at BFO will definitely have something to say about it.