The original plan was hot dogs. Yeah, good old BBQ hot dogs in buns. But then we started thinking about Chiabatta bread and soon after merguez followed. And then somehow hot dogs became Fuck You Dogs and I can’t remember how we came to that conclusion since we had a few beers with some Campari and Whisky chasers. But not all at once.

In the end, the ingredients were Ciabatta bread, merguez sausages, Sauerkraut, dijonnaise, jalapeño cheeze whiz (believe it!) and some almond stuffed olives to top it off. 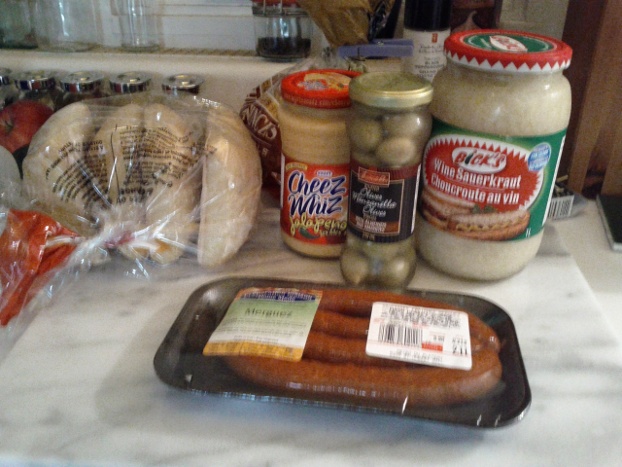 Step one: Boil the sausages until they look like big fat disgusting fingers. Here’s the pre-boil. Sausages in a pan full of water. If you fuck up this part, you’re not allowed to cook. Ever. Just give up. 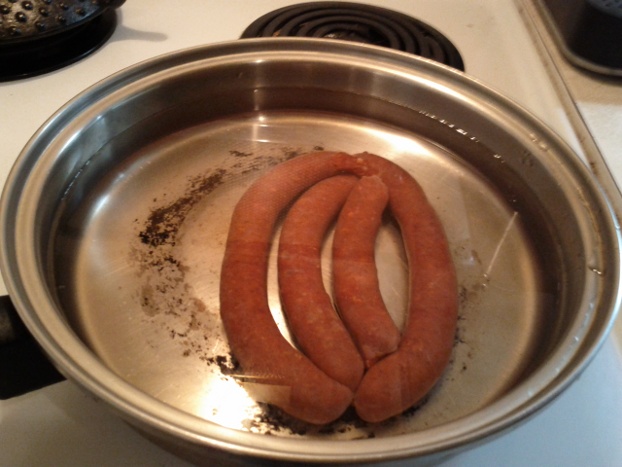 When they’re boiled, throw in the sauerkraut.Use olive oil. Do not burn it. If you burn it, throw it out and go to McDonald’s. 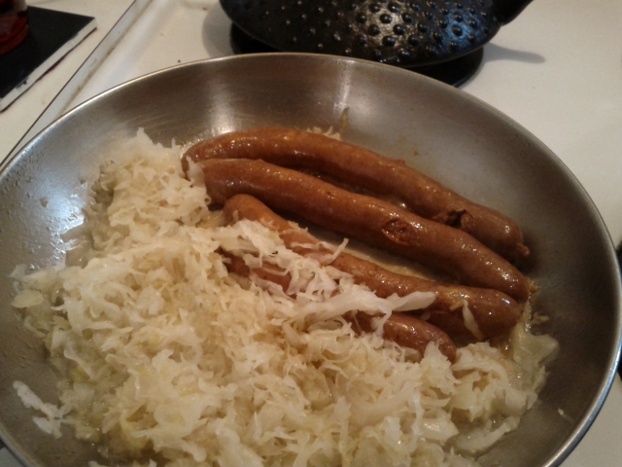 In a separate pan, cook the ciabatta. Make sure to lightly coat both sides of the bread with butter or margarine. But mostly butter. Margarine is one molecule away from plastic you know. Also, don’t forget to lightly burn the bread by mistake. It makes you look hardcore. 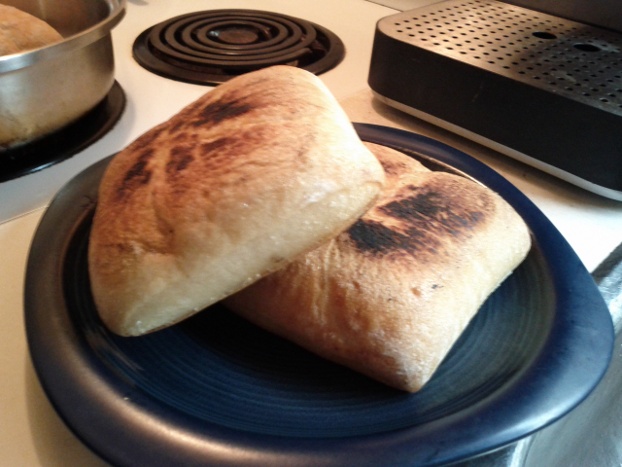 Slice the bread and Cheez Whiz it along with the dijonnaise. Put in the sauerkraut and sausages and make a sandwich. Tie the whole deal together with the olives so that it looks like one creepy fuck. Christ, look at that thing! 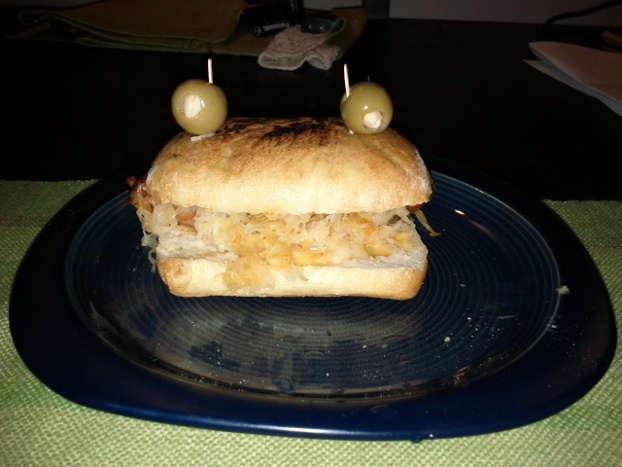 Take another picture with better lighting. Here yo go, the friendly Fuck You dog sandwich. Ain’t he something?

The verdict: Pretty tasty. Actually very tasty.I won’t be buying any Cheez Whiz anytime soon, but in this recipe, it worked. It did. Thanks, I’m going to pass out now.