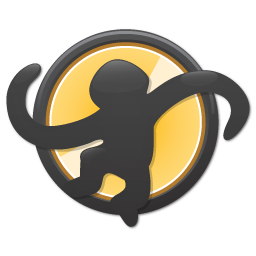 I’m going to break with tradition here and do a short review of a Windows-only application. I know, shocking, huh? Well last month I practically imploded with excitement while installing Songbird (on Ubuntu 9.04) and simultaneously drooled, laughed, and cried as I discovered its features and flexibility. You can read about that momentous occasion here. I’m still a fan, and continue to use Songbird, but the iPod support add-on is still not able to sync with my clunky 3rd generation iPod. I’m waiting it out and still using gtkpod for my syncing, but I’m trying out yet another media player which is supposed to kick-butt in the iPod syncing department. That application is MediaMonkey.

What is it these days with suffixing application names with an animal species? Songbird, Ether Ape, MediaMonkey, and uh…Big Fat Ostrich? Monkeys and apes in particular conjure up images of randomness and disorganization. Let’s see if  that’s the case.

Installation was a breeze but this is Windows after all. I should note that I’m doing this on my Windows XP VBox VM, and my first trial didn’t detect my iPod because I forgot to enable USB support. Call me a n00b if you will, but it happens to the best of us 😉

After enabling USB support on my VM, MediaMonkey can see my iPod, but synching is slow. And I mean really, really, butt slow. It’ll take days to sync just 2000+ songs, but hey, I’m doing this in a virtual machine, so what can you expect?

The overall interface looks like…iTunes! Nothing wrong with that since the layout is a logical tree that we’re all accustomed to in the modern age of computing. But yeah, there’s really not alot to say about MediaMonkey. It’s a media player. It plays music. It’s only available for Windows. Nothing here that blows my mind.

And of course, being a Windows application, you get basic features for free but have to buy the “Gold” version for extra features. There’s an integrated CD burning application, but it only burns at 4x. You can pay for the full version if you want 48x burning. Why not just use Windows Media Player? I suppose it’s because Windows Media Player is hideous, but really, this is about listening, not looking. Here are a list of MediaMonkey’s features in case you’re curious.

I’ll stick to Songbird since it’s open-source and you really can’t beat the features and customizability. Running Ubuntu and using a Windows VM just to use MediaMonkey seems silly.  I might reconsider if they make a version for Jaunty, or at least for Karmic Koala which is coming in the fall.