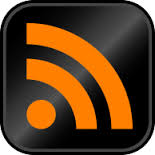 I know I haven’t written in awhile, but Feedly‘s pure awfulness actually inspired me to pick up my virtual pen and get up on my soapbox. No, that doesn’t make sense but you get the point. I think it had something to do with the Feedly Android app exiting one too many times on me because it didn’t have an ‘exit’ prompt. Or maybe I just don’t know how to Android which is still up for debate. I don’t care. Feedly has become too frustrating to use.

Remember back on July 1, 2013 when Google Reader closed its doors for good? Anyone who hadn’t planned for that day was suddenly left panicking and  scrambling for a new RSS reader if they hadn’t yet found an alternative host for their collection of RSS feeds.

A lot of people ended up signing up with Feedly mainly because Feedly won the internet popularity contest of the day. I too, migrated my feeds to Feedly, and to be honest, it took some getting used to. It truly was OK, at first.

Yeah, Feedly first became something you could put in a paper bag and light on fire on some poor sap’s doorstep around the time that they started pushing paid subscriptions. 5$ a month for a feed reader? No thanks. Not when Netflix costs what? 8$? So, without going into too much detail about the Feedly Android app and its convoluted interface and how their reader is essentially stealing pageviews from publishers, I decided to just move on.

That’s when I discovered Digg’s reader. First and foremost, the most surprising thing that I found about the Digg reader was that Digg was still in existence at all. Back in the day, it was sort of Reddit vs Digg and Reddit sort of won that battle. However, Digg has been reinventing itself and, while I haven’t explored their content, I did migrate my rss feed from Feedly to Digg and it’s been a great experience. Like, I actually feel like checking out my blog feed again which was painful under Feedly.

So now you want to migrate your Feedly feed to Digg or somewhere better, right? RIGHT?  How do you do this. I’ll show you how to do it for Digg.

1. Export your feed from Feedly:
Login to Feedly and click on “Organize” and save your feed as OPML.

3. Import the OPML file that you exported in step 1.

P.S. If you still miss Google Reader, check out The Old Reader.  This is another great no frills reader with no distractions. The Old Reader does have a “Trending” tab which displays, uh, trending items from around the internet, but the default view is focused on your own feeds first. It’s not exactly the Google Reader of old but it does that job and in fact, it’s better. Enjoy.