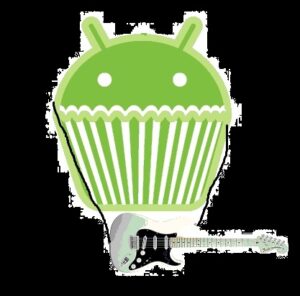 Yeah, I’m still alive. More alive than ever actually. And I got a shitload of things to talk about. Starting with Android. I’ve been a happy iOS/Mac OS user for quite some time now. 4 years or so? Anyway. What I always loved about my iPhone and my Macbook is the elegance, reliability and simplicity of the whole deal. I’ve been working in IT for more than a decade now, forced to implement, support and use shitty, out of date software every single day. Let’s just say, the appeal of recompiling my Gentoo kernel has faded a little at this point. I’m still a geek but I really really appreciate the Apple way of doing things. You know, when you just get used to doing stuff in the apps, completely oblivious to the OS because it’s so fuckin tight and out of the way.

Up until a couple of months ago, I was the happiest camper on the campground. But then I got bored. There I said it; perfection is boring. So I bought me an Android handset and decided to spend a whole month with it. “If it doesn’t pass the test” I said to myself, “I’ll sell it or make it my Android iPod touch or something”. After all, my iPhone was still right there, ready to be reactivated.

After a couple of weeks, I almost wrote a very negative review about it (lack of polish, crashes, shitty audio quality during calls, etc). THEN I DISCOVERED NES AND SNES EMULATORS AND SIXAXIS CONTROLLER SOFTWARE!!! That’s right, my LG Optimus 2X has an HDMI port so I can connect it to the TV and play all my favorite NES and SNES games using my PS3 controller via blue tooth. I also found fixes for microphone shitty performance during calls and an SMS app that lets me draw penises and send them to Mike, just like in the old days with MSN messenger. I also ordered better batteries (2 of them, since they were only 14 bucks each). They’re like 1800 mah instead of only 1500. That’s 300 more mah!! I don’t have the slightest idea of what a “mah” is and how much longer my battery will last with 300 more of them. But I don’t give a fuck. NES GAMES! ON MY TV! WITH MY PS3 CONTROLLER! AND SMS PENISES!!!

So yeah. My conclusion is: Android is not quite there yet but the possibilities and freedom it offers make up for it. Also, the LG Optimus 2X is a stunning piece of hardware. The HDMI port and Gorilla Glass are awesome. I also love the fact that I can upgrade the battery and storage memory (micro SD) up to 32 GB.

OK, now, on another topic, the Smashing Pumpkins are back. These past years, Billy Corgan had kind of, lost his way. And I guess someone told him. And he fuckin listened. Their actual tour kicks ass. The new drummer is a machine. The other 2 are also very good (the new bassist is not Melissa Auf Der Maur, but she totally rocks in her very own way),  most of all, they sound and feel like a band again. Billy seems to be enjoying himself, he’s all fat n bald now but he plays the shit out of that signature strat of his. And as a long time fan, I couldn’t be happier.

Dark Souls is like Demon’s Souls except more beautiful and with more complex maps and better AI, bent on destroying the shit out of you. Even though I hate it with all my heart, it definitely is my game of the year.

I started training at a crossfit place. Every single time feels like I’m getting a solid beating in an alley. And for some reason, I want more. Seriously, those guys are fucking awesome.

Other than training in a place where they hurt me, I’ve also been trying to eat healthier. And after years of reading about different healthy options and theories, this is pretty much the least shitty I could find on the nets. Thanks Mark.

On a less healthy note, I baked awesome apple muffins last weekend and I am totally gonna share the recipe with you guys… BUT IN A DIFFERENT POST! Because this is way too long. So stay tuned. Stay healthy. Stay fit. Keep listening to good music. And keep using Android. (see what I did here?!?!)