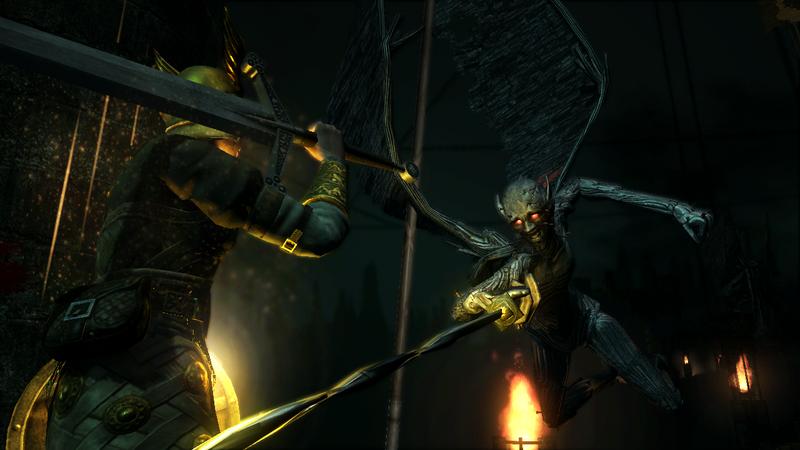 Someone I know (Dan) has not shut up for the past 3 weeks about this “Demon’s Souls”. Yeah yeah, I thought. Just like WoW, and “Hero Guys”, or whatever it was called. I figured it’s just another MMORPG, but it’s not.

In fact, me and co-blogger Dan had a real live gaming session over at his pad this week, and you know what? It’s not a MMOPRG at all! It’s actually a pretty sweet ass game.

Now I may be like 70 years old, but that doesn’t mean I’ve gone through life wearing big oversized sunglasses. I’ve SEEN the evolution of computer games, and I’ll be first to admit that I was wrong about Pacman being the end all of videogames.

But Demon’s Souls is special. Even an old dude like me can see that. It’s like they took the best elements from the last 20 years of “single dude killing bad guys games” and rolled it all into Demon’s Souls. And made it look amazing to boot.

Figuring out how to move the guy around the map was pretty easy, even for me. In fact, once I got used to the gorgeous landscapes and smooth move-ability, I could concentrate on killing bad guys and stuff. Oh yeah, it’s a medieval setting if you didn’t know, and you start off navigating through a huge ass freaky castle. Classic dark ages stuff. You can almost smell the plague and become friends with it.

Demon’s Souls is also REALLY hard, and if you die, you go back to the beginning of the map. But it’s totally worth it. It’s rare for me to say this but it’s a fun game to be in. Like a cozy slime-filled sock or something. If I had the console that this game is played on (PS3 I think?) I’m pretty sure I wouldn’t shut up about it either.

Oh yeah, I got to see level 2 where there are these disgusting cthuluesque motherfuckers that electrocute you and then suck your soul out through a horrendous kiss of death. The makers of Demon’s Souls managed to make it just realistic enough that I really felt tense as I VERY cautiously explored the stinking dungeon.

So yeah, it’s a really well made game. I might suck at it, but this non-gamer is impressed.