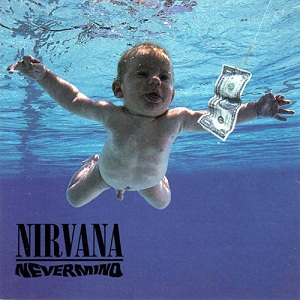 It seems like 20 years since my school mate came raving at me that he’d just seen the most awesome show at Foufs. Nirvana. Who? Nirvana! Yeah, whatever.

Well ‘whatever’ turned into ‘holy wow’ there’s something real special about this band after I heard Bleach and Nevermind back to back at a buddies place. Soon after you were seeing babies swimming naked in every record store window. Yes, back then there was more than one record store. More so, there were still records. Even more so, we called them records.

My best memory of listening to Nevermind is the one where me and a friend would play pool until 4am at that shithole in Laval, chain smoking and just throwing the butts on the floor, while choosing songs from the CD juke box. We’d put on a bunch of random tracks including Something In The Way, which had 10 minutes of blank space at the end of it. We knew that there was a hidden track at around the 13 minute mark, but the owners of the pool hall didn’t. While the dead space played, they’d be putting in quarters and shaking the machine. “Why won’t nothin’ play goddamit! I put my quarters in and everything!”

We’d look at each other with knowing smiles, anticipating what was to come.

Sometimes they’d let it play out. Other times they’d pull the plug on the jukebox. Funny how they never noticed me and my buddy crumpling with laughter over the pool table every single time it happened.

Years later, I sold my Nevermind CD in some crazy fit of ‘I gotta sell my shit!’. I guess I needed the cash. A few days later when I casually dropped the fact that I parted ways with Nevermind, my buddy said I was nuts. He was right. I went back to the used CD place and got another copy. I might have even bought back my own CD.

One thought on “20 Years Since Nevermind”