Hey all. The Non-Gamer is back with another non-review. This time we’ll be talking about Skyrim.  Dan, the actual gamer, was supposed to do the actual review. Unfortunately, since Skyrim was released on November 11, his vocabulary has gone to shit and this is all he ever says anymore:

So you’re stuck with me. Let’s start.

Skyrim is the long awaited fifth installment in the Elder Scrolls series. This isn’t a sequel to The Elder Scrolls IV, but a chapter.  Like, you’re in the Elder Scrolls world, but you have a whole bunch of new shit to do. And by shit to do, I mean missions to complete. All with one goal in mind: defeat Alduin! That annoying Nordic dragon god! Seriously. Fuck that guy and the wings he flew in on.

As expected, Skyrim looks insane. In my last post about gaming, I actually talked about Adventure on the Atari 2600 where your dude was a square. They didn’t even bother putting arms on it or a smiley face. Nothing. You were a square! Well get your head out of your computer screen, 1980’s you (which was actually just a TV hooked up with a Game/TV switch) and have a look at the future…by looking into the past! It’s Skyrim and it’s still medieval all over the place: 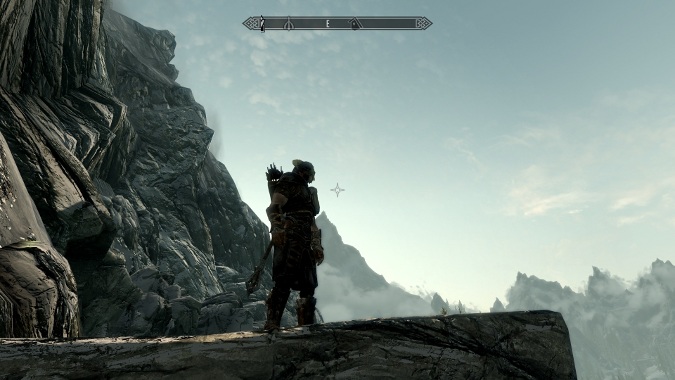 So yeah, it’s beautiful and I’ll bet the movements are really fluid. But I’ll never know.

Cause I’ll never play it!

But here’s another screen shot! 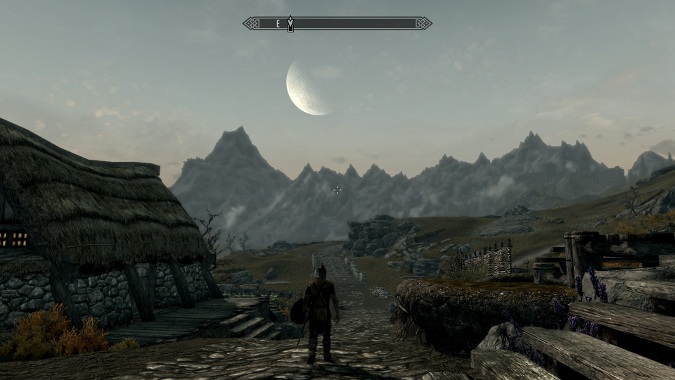 Wow, by the looks of it, Skyrim is a huge success. 230,000 people were playing the game on Steam the day it was released. No doubt they were all rocking out to Jeremy Soule‘s original score (same dude who scored Morrowind). I’m not really a fan of his new stuff though. I liked him better when he was on vinyl.

Oh, before I go, I wanted to talk about the Creation Engine which is what lies beneath Skyrim’s leathery complexion. It’s Bethsheda’s own and it’s highly complex. It’s goal is to give an ultra natural feel to the world that your character experiences. For instance, weight and other variables are assigned to the natural elements so that they’re affected by wind and other things, like, well, mainly wind. So trees will move more naturally, water will look like it should. Things like that.

Well, I’m out so happy gaming! Here’s a night shot: 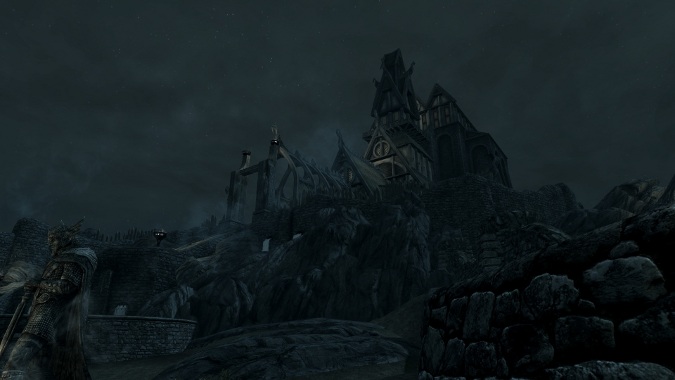